If you remember the days when the only way to record video was on these big clunky expensive video tape recorders, you’ve probably been amazed by all the advances in technology that now allow us to shoot HD digital video from a device no bigger than our palms.

But even that leap in technology will seem like peanuts compared to what’s coming.

Contact lenses that record video are being developed. The technology already exists and they’re coming to a store near you!

That’s Right, The Future is Here! 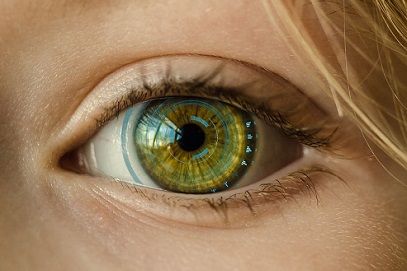 If this seems like a page right out of a sci-fi movie, that’s because it is! The netflix show Black Mirror that premiered in 2011 depicted these futuristic contact lenses in the episode called ‘The entire history of you’. But what was science fiction a mere 6 years ago is now reality.

This will be a completely new way of capturing video to be sure. Instead of the direction of the video being controlled by your hands, it will be controlled by your eyes. The resulting video will be an exactly replica of what you saw, down to every eye movement. Talk about reliving memories!

Contact lenses that capture video directly form the surface of your eyeballs is just the beginning. These smart contact lenses will also be able to playback video, as well as transmit the video to various devices.

Just think of all the possibilities. You’ll be able to give access to your friends and family to see through your eyes. These smart contact lenses will make our current methods of sharing moments and experiences seem archaic!

If these smart contact lenses that can record video become as mainstream as smartphones now are, it will be easier than ever to infringe on others people’s privacy. Shooting video on smartphone can be pretty discreet, but you still have to hold your phone in your hand and point it to at your target. There is some level of conspicuousness and cumbersomeness involved in the process.

Smart contact lenses will allow for completely hands free video recording and no one would be the wiser.

Will people start eavesdropping on everybody? Will people become paranoid of being recorded whenever anyone looks at them? Will being filmed become normalized to the point where people just expect and accept that their every move is recorded by the masses?

The new eyes of the law? 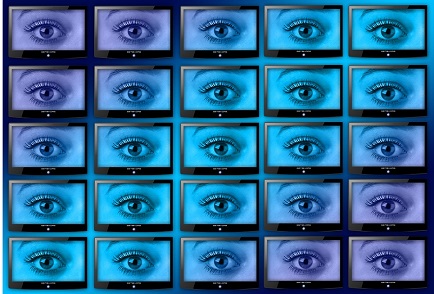 Picture a society in which everybody wears smart contact lenses capable of recording video. If these contact lenses have the capability of live streaming what they see directly to law enforcement authorities, catching criminals in the act would become easier than ever.

The applications of smart contact lens technology for law enforcement are vast. There is no doubt that expectation of being recorded changes behaviors in a moderating way. Both civilians and law enforcement will tread more lightly knowing that if they do anything wrong there would be no denying it.

Without delving too much into the debate about how much surveillance in the name of security impinges on freedom and personal liberty, let’s just say that the widespread use of smart contact lenses that can record video is sure to raise some interesting issues in our society.

It’s easy to see both the good and bad sides of the impact of new technologies, but that shouldn’t take away from the feat of the technology itself, which is simply mind blowing.

As of today, there are already 2 companies with patents on smart contact lenses that can record video. 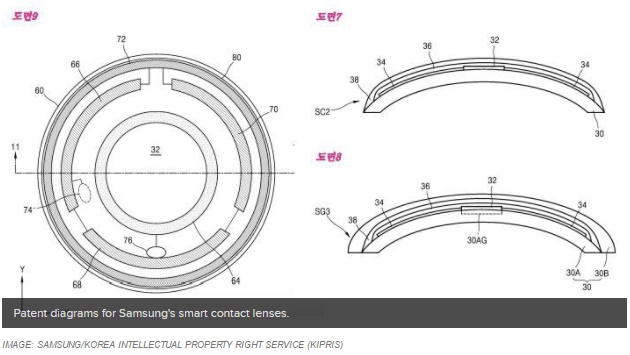 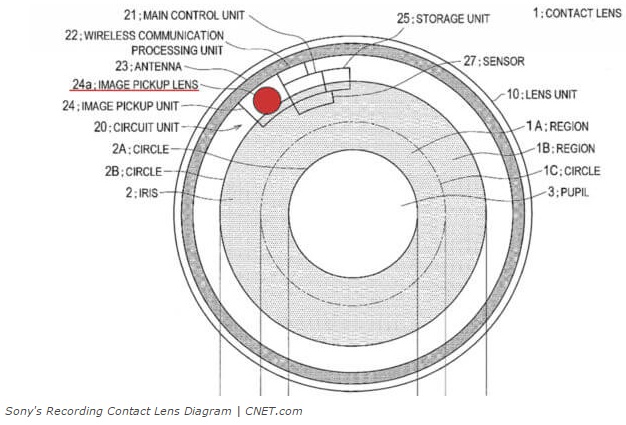 Additionally, they would contain micro generators that would use the eye movements to power the contact lenses instead of using a battery. Incredible.

Never count Google out when it comes to new technology. In 2014 they launched a smart contact lens project aimed at helping people with diabetes. Google smart contact lenses are designed to monitor the glucose levels in the tears throughout the day.

They have developed the Sensimed Triggerfish contact lens which measures and records the pressure inside the eye (which is closely related to glaucoma) throughout the day.

As of now, contact lenses that record video are not commercially available anywhere, but it is only a matter of time. Whether or not the world will be ready for it is another question.

For now you’re probably still wearing regular contact lenses, which means you know just how expensive they can be. The good news is I can show you how to save a lot of money on your next contact lens purchase.

You happen to be on the worlds most comprehensive and up to date contact lens price comparison site called Contacts Advice.

At Contacts Advice Finding the Lowest Price is Easy

2. Scroll down until your find your brand of contact lenses (brands are organized by manufacturer, and a picture of the box is included for easy recognition)

3. Beside your brand, the lowest identified price is listed as well as a link to the website that has that price

Are you excited for smart contact lenses that record video? Would you wear them? Let me know what you think in the comments below!